YOU ARE HERE: Home » Topics » Hasidut » Solidarity and Vitality During the Holocaust

Solidarity and Vitality During the Holocaust

The Nazis did everything in their power to demean the Jews. In their films they depicted the Jews as rats, as sub-human, as dirty and lice-infested, beggarly and mumbling in their strange language. Psychologists who interviewed camp prisoners found that many of them did in fact take upon themselves the self-image of an inferior race. Sartre wrote: “Ever since the Nazi poison seeped down into the very depths of our thoughts, every clear thought is a victory. Since an all-powerful police has tried to force silence upon us, every word uttered is full of value… every one of our gestures carries weight.”

If these are the feelings of a non-Jewish person of some standing, it certainly would apply to a people who had been earmarked for extermination. Thus, the importance of continuing to carry on with cultural and Torah activities within the ghettoes was tremendous. Underground kindergartens, schools, batei midrash and synagogues were established. A notice was hung in the underground beit midrash of the Bratslav Hassidim: “Gevald, Yidden, zein nischt mayeish zein” (“Jews, do not despair”).

The spiritual creativity continued in the underground under indescribable conditions. Writers wrote, composers composed, artists drew and scholars wrote innovative interpretations of Torah. In 1940 Rav Yaakov Yehiel Weinberg published a booklet of Torah learning about hametz on the eve of Pesach. The booklet was printed, although not one copy has survived. The book “The Mother of Sons is Joyous” was published in Budapest on Chanukah 1944. All these contributed to the uplifting the morale of the Jews.

A reflection of the internalized feeling of elevation can be found in the writings of Rav Nehemia Alter, who added another aspect to the commandments of the sanctity of God – that we should not demean ourselves before the non-Jews.

The internal Jewish feeling of chosenness was expressed by Zelig Kalmanovitz. He was employed in cleaning out the public latrines of the Vilna Ghetto, and he carried out his job proudly: “I have the privilege of cleaning up the excrement of holy Jews.”

Many testimonies have survived, to teach us about the many acts of hesed and the contributions, at great cost, to the acts of salvation. Many endangered their lives in order to save others. The elderly Rav Moshe Forhand testifies that he has never witnessed so many acts of hesed in the history of the Jewish people. This is reflected in the writings of Hillel Zeitlin from the Warsaw Ghetto, from 1942. The mitzvah of “Mishloach Manot” at Purim, at which time Jews exchanged foodstuffs, reflected such mutual feelings of hesed. At the end, each Jew remained with the same meager quantity of food, but the fact that his poor meal represented the fulfillment of the mitzvah of “Mishloach Manot” revived his soul, reinforced his inner strength and even aroused a feeling of song and joyousness within him.

The cry was the regular fare of the ghetto Jews. Many collapsed from the cries. The Admor, Reb Klonimus Kalmish Shapira, taught them how to cry:

“The cries and the sadness that one feels by himself about his own troubles – can break one until he is unable to do anything; but the cries that he cries together with the Kadosh Baruch Hu (about the troubles of the entire Jewish people) – strengthen him. He cries and is strengthened, has had enough and goes on to make an effort to learn and to work.”

These words are based on the Gemara in Masechet Hagiga 5:2. There it is stated that God cries in a place called “the hidden places” about the troubles of his people. Outwardly, He is “strength and cheerfulness to all,” but not so in the “internal chambers,” in the “hidden places” where God cries over His people. Thus, the Jew who participates in the suffering of another, through his cries, merits entry into the internal Divine place and cries “in havruta” with God.

Rav Shapira also teaches us how to listen to the cry of another and his calls for help: “In all the deeds that a Jew does and says, his innermost soul does and calls to God… and when we hear the cries of the tortured… “rotevet, rotevet!” (“save us, save us!”), we know that this is the cry of their soul and of the souls of all of us to God, the Father of Mercy. If the ghetto below was drenched with the cries and tears, the ghetto above was wrapped in the prayers of those who were martyred.

It is difficult to rejoice when one is obligated to do so. A Jews who cries all year tries to rejoice at Purim: “Even when he is at his lowest level and heart-broken, his mind and body trampled, he must in some way bring a spark of joy into his heart.”

In Purim 1943, the Admor of Slonim wanted to dance without arousing the wrath of the Germans. He suggested to a group of non-Jewish prisoners that they hold a dance competition. At first the non-Jews danced, and then the Admor and his followers joined in. Both the cry and the forced joy seeped into the silent prayer that was in the depths of their hearts. 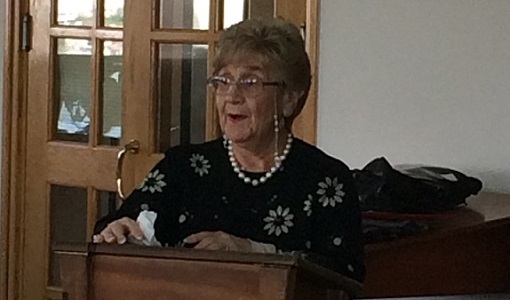