YOU ARE HERE: Home » Topics » Personal Transformation » The Twelve Steps of Elul

The Twelve Steps of Elul

The Twelve Steps of Alcoholics Anonymous is a powerful program for recovery from addiction. One reason for its success is its strong spiritual base leading us to ask what AA’s relationship is to conventional religious practice and thought. Given that the current Jewish month, Elul, is the month of repentance it is an opportune time to ask if and how the 12 steps can be of help to us in our teshuva process.

Fascinatingly, there is a mirror to the 12 steps of AA in the four different acronyms the Kitzur Shulchan Aruch (128:1) suggests for the letters of the word Elul – alef, lamed, vav, lamed. Let’s have a look at the steps and how they relate to these acronyms.

Steps one to three of AA explain that alcoholics start by admitting their powerlessness over alcohol and the unmanageable nature of their lives. They come to believe that a power greater than themselves can restore them to sanity. Once they reach this realization they then make a decision to turn their will and their lives over to G-d.

In other words, the sufferer realizes that they cannot do it on their own but instead that they need to turn to G-d. In a similar vein, the first acronym for Elul that the Kitzur Shulchan Aruch mentions speaks about G-d as a refuge. We read (Shmot 21:13) that if a person did not plan to kill but it just happened (אִנָּה לְיָדוֹ וְשַׂמְתִּי לְךָ) G-d will make a place for that person to flee to. Many alcoholics claim that they are not responsible for their disease. It is just something that happened, rather like somebody who kills by mistake. Still, they are able to turn to G-d for help and refuge.

But admission and turning over are not enough. One needs to make a searching and fearless moral inventory, admit the exact nature of wrongs, be willing to have G-d remove all these defects of character and humbly ask G-d to do so (steps four to seven). And hopefully God will oblige. We learn of this possibility from the second acronym for Elul. In Devarim 30:6 Elul is seen as standing for אֶת לְבָבְךָ וְאֶת לְבַב and we learn that “G-d will remove the barriers from your heart (literally circumcise your heart) and from the heart of your offspring, so that you may love the L-rd your G-d with all your heart and with all your soul.” Our willingness to seek refuge in G-d and to turn our lives over to G-d is rewarded by G-d being happy to take us in.

Now comes the more practical part – making a list of all persons we had harmed, making amends, admitting when we are wrong, and seeking to improve our contact with G-d. The result is a spiritual awakening (steps eight to twelve), a powerful feeling of being at one with G-d and knowing what G-d wants of us. This is reminiscent of the most well-known acronym for Elul (Shir Hashirim 6:3) – אֲנִי לְדוֹדִי וְדוֹדִי לִי – “I am my beloved’s, and my beloved is mine.” While in context Song of Songs is a conversation between two lovers, the rabbis understood it as speaking about the relationship between G-d and the Jewish people and this powerfully captures the benefit of the process of teshuva, a closeness and identity with G-d.

Finally, when AA participants have reached this level they try to carry this message to other alcoholics (step twelve). In Esther 9:22 we read that after the battle of Purim (and fighting an addiction is indeed a battle) the month of Adar “was reversed for them from grief to joy and from mourning to a festive day [and became for them a time] to make days of feasting and joy, and sending portions one to another, and gifts to the poor (אִישׁ לְרֵעֵהוּ וּמַתָּנוֹת לָאֶבְיֹנִים).” The time has come to celebrate one’s achievements and personal growth and to look outward and to help others.

AA and the ideas above, though not without their detractors and legitimate critique, is a potent way of achieving personal change. They, along with our Jewish sources, can help us, addicts or not, to achieve personal improvement. 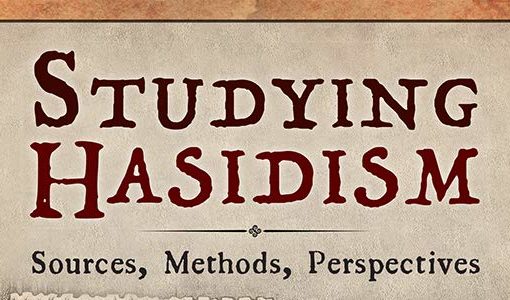 Posted by Tovah Leah Nachmani and Zvi Hirschfield on January 8, 2019

Posted by James Jacobson-Maisels on May 3, 2017