YOU ARE HERE: Home » Topics » Jewish Lore » Culpability for Curses in Jewish Law and Mystical Lore

Culpability for Curses in Jewish Law and Mystical Lore

Would a court judging according to Jewish Law find Voldemort guilty for the murders of James and Lily Potter? Voldemort had the intention to kill, yet the legal question is: Would Jewish Law consider the Killing Curse to be an act of murder? This study explores legal aspects of three magical phenomena – incantations that kill, automatic writing like Tom Riddle’s Diary, and food with different possible tastes like Bertie Bott’s Every Flavor Beans – as they are discussed in Jewish Law. In Jewish esoteric lore, magical phenomena have conventionally been the province of the mystically adept. Though laypeople may not have been proficient in magic, the mystical tradition dictated conduct. A by-product of this situation was that jurists considered legal implications of magic. Legal opinions on magical phenomena can therefore be found in Jewish legal literature, making this corpus fertile ground for analysis. Drawing on the fields of Comparative Law, Law and Literature, and Legal History, this article analyzes three phenomena and concludes with four contentions: First, the analysis speaks to the possibility of cross-fertilization in Comparative Law. Second, the study provides a unique window into the world of Jewish Law jurists, and thus is of interest to legal historians and judicial biographers. Third, the material presented here contributes to our understanding of the reaches of the Jewish legal system. Fourth, the present discussion may be significant for the contemporary challenge of charting a course in legal education.

This essay first appeared in Wizards vs. Muggles: Essays on Identity and the Harry Potter Universe, Edited by Christopher E. Bell

When Morality Changes, Does Halakha Change? 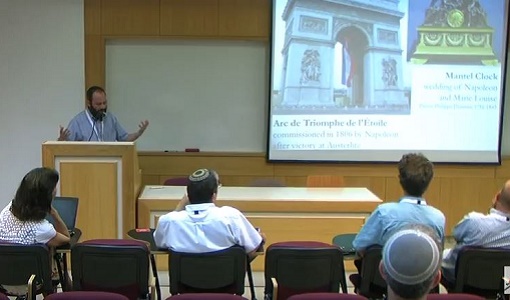 Jews in Napoleon’s Realm: Artwork as a Medium for Communicating Legal Narrative

Posted by David Levin-Kruss on February 3, 2016