YOU ARE HERE: Home » Topics » Jewish Approaches to Israeli Minorities » Resource for Rabbis: The Immigration Crisis in Israel and Beyond

Resource for Rabbis: The Immigration Crisis in Israel and Beyond

Please note: This resource is an attempt to be nuanced, but not objective.  It is intended for rabbis inclined to give a sermon sympathetic to the plight of the refugees.

On February 1, the 1,500 asylum seekers interred in the Holot detention facility began to receive notices that they have thirty days either to accept a $3,500 incentive to be deported “voluntarily” to a third unnamed country or to be jailed indefinitely.   As other male asylum seekers go to renew their visas, they too will be told that they have two months to make the same decision.

Liberal Jews in the Diaspora and Israel, including several rabbinic groups, as well as many intellectuals, doctors, Holocaust survivors and others, are afire with protest. A number of advocates have gone so far as to compare the asylum seekers to Jewish refugees during the Shoah.  However, the Chief Rabbinate, together with many rabbis, has supported the government, claiming that “our poor come first” (bBM 71a).

Many of the same dilemmas face American Jews as they confront Trump’s recent threats not to renew DACA (Deferred Action for Childhood Arrivals).

At one level, the debate in Israel is about facts.  Are the Africans illegal infiltrators in search of work, or are they refugees (based on the UNHRC definition) facing a “well-founded risk of persecution or death” if returned to Eritrea and Sudan?

On closer look, however, ideology seems to underlie which set of “facts” Israelis choose to believe.

Click here to download the PDF of the full source sheet and article by Rabbi Dr. Meesh Hammer-Kossoy.

Race In Israel: An Ethiopian Narrative

Resource for Rabbis: Me Too says the Bible — Some Thoughts in the Wake of Harvey Weinstein 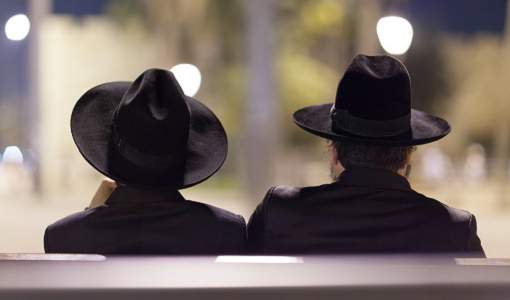 Posted by Meesh Hammer-Kossoy on February 29, 2016

Jewish Approaches to Israeli Minorities Part 4: Refugees: Then and Now

Posted by Meesh Hammer-Kossoy on February 23, 2016