YOU ARE HERE: Home » Topics » Jacob » Jacob’s Deal with God

One of the great challenges for those raised reading biblical texts with classical commentaries is to relearn how to read them without those filters. The need to relearn that reading skill is twofold. First, most classical commentaries are responding to textual issues or difficulties, so they cannot be appreciated properly without a deep and nuanced reading of the primary text. Nechama Leibowitz in particular highlighted that why one commentary would take one position and a different one disagree is only comprehensible from a place of appreciation of the challenges they are trying to solve. The other need for learning to read all over again is for its own sake. What is the biblical text itself trying say? How can we train our ears to hear its voice? In the following essay I will try to do just that.

Fleeing from his brother Esav, Yaakov finds a place to lay his head. His sleep, however, is disturbed by a dream with mysterious and powerful images and a promise from God.

And behold, I am with you and I will protect you wherever you go, and I will return you to this land, for I will not leave you until I have done what I have promised you (Gen. 28:15; translation mine).

In the morning Yaakov awakes and makes a vow, and that vow is the subject of intense controversy among the commentators. Two issues are at the center of that controversy, one philosophical and the other technical.

On the philosophical side the debate revolves around the fact that Yaakov seems to make his promise to God conditional. If God does X then Yaakov will do Y. That, in itself, is only mildly problematic until we look closely and discover that the condition Yaakov lays down is precisely the same thing God had promised him during the night—that God would be with him. It seems that Yaakov is questioning whether or not God will fulfill God’s own promise, an idea which many classical commentaries could not accept.[1]

On the technical side, Yaakov’s vow presents a significant grammatical problem that is not easily resolved. In English, vows are typically in an “if…then…” form. Hebrew, however, does not, in such cases, have a word for then, and thus it often unclear exactly when the “then” part begins, especially in cases like ours, which present a series of statements connected by the letter vav. That letter can be understood either as “and” or as “then,” rendering the following complex ambiguous pronouncement:

If God will be with me
and will protect me on this path which I am traveling upon today
and will provide me with food to eat and clothing to wear
and/then I will peacefully return home to my father’s house
and/then the Eternal One will be for me a God
and/then this stone which I set as a monument will be a house of God
and/then from all which You will give me I will give back to You a tenth.

The determination of the turning point in Yaakov’s pronouncement yields dramatic differences in both what Yaakov’s expectations of God are and what he is offering to God in return. Minimally, Yaakov expects only that God will fulfill the promise from the previous night, in return for which Yaakov will come back to his ancestral land, adopt the Lord as his God, build God a house, and tithe everything which God provides. Maximally, Yaakov expects that God will return him home, show Yaakov special Divine protection, and visibly demonstrate that Yaakov’s dedications have been accepted – only then will Yaakov agree to give a tenth of everything back to God.

It is worthwhile, however, to take a step back and reexamine the events of that evening in a broader narrative context[2]

Yaakov’s involvement in deceiving his father and stealing his brother’s blessing changes his life forever. Yaakov is exiled from his home, forced to flee empty-handed from his brother’s wrath. He has lost everything – his beloved mother’s protection, his father’s trust, his brother, and possibly even his future inheritance.

Emotionally exhausted from his ordeal and physically depleted from his flight, Yaakov puts his head down for the night. He surrounds his head with rocks[3] – ostensibly to protect himself from animals – and falls asleep.

Following Yaakov’s vision of the ladder with the divine messengers, God appears to Yaakov and promises to bless him with the Abrahamic blessing. This was necessary because it is not clear that the purloined blessing is meaningful. That first message is a long-term one establishing Yaakov’s status as the heir to the covenant. But God adds another promise, a short-term one, assuring Yaakov that he will receive divine protection until the round-trip to Haran is complete.

At that point Yaakov awakens, in the middle of the night, in terror. Was he sleeping in a sacred place, the house of God, the very gateway to heaven? It seems from the verses that he goes back to sleep, despite this apprehension, and awakens at the crack of dawn (see 28:18). At that point, Yaakov sets up and anoints a monument, names the place Beit El, and makes his vow.

This careful reading changes our understanding. Much like someone startled awake by a fearful dream, Yaakov woke in the middle of the night. In the morning, however, it is not at all clear whether the dream is true or not. The immediate terror is gone, but there are lingering questions. Did God really come to him in the middle of the night or was it just a dream? There is no indication earlier in the text of Yaakov having any kind of encounter with the Divine; this was probably his first. And so, like Samuel (1 Sam. 3), he is uncertain about the nature of that dream. Was it a product of his own imagination, reflecting his fears and hopes, or was it real?

With lingering doubts Yaakov erects his monument, anoints it, and issues his conditional vow. The meaning of that vow should now be clear. If God indeed does the things Yaakov heard in the dream then it will have been clear that the dream was not a product of his own doing, but that it was, indeed, God who came to him in a prophetic vision. That is why Yaakov’s condition addressed precisely those thing he heard promised to him.

This becomes the key to resolving the ambiguity of where Yaakov’s condition ends and his action begins. All the reader needs to do is to match up God’s nocturnal promises with Yaakov’s early morning vow.[4] Those things which God promised, and only those, are part of Yaakov’s condition. Everything else is what Yaakov vows to do for God.[5]

[1] See Abravanel’s formulation of this question and Nechama Leibowitz’s discussion in Iyyunim Besefer Breishit [Hebrew], WZO, 1975.
[2] While there are others who divide up the if..then clauses as I do, I am suggesting that a literary/humanistic reading of the context yields a particular conclusion.
[3] The word מראשותיו is often misunderstood to mean under his head. That is an error. See, for example, I Samuel 26:7. For a parallel, in which the foot is substituted for the head to yield מרגלותיו, see Ruth 3:4-8.
[4] The one anomaly is Yaakov’s addition within his vow of God providing him with bread and clothes. The most reasonable explanation for this addition is that they are a profound expression Yaakov’s deep sense of vulnerability – his hasty flight left him even without those bare necessities. For Yaakov that is an extension of God’s promise to protect him on his journey.
[5] The only ambiguity left regards the statement “and/then the Eternal One will be for me a God.” This could be read either as, “if all the above comes true then it will have become clear that the Eternal One is my God,” or as, “then I will accept the Eternal One as my God.” 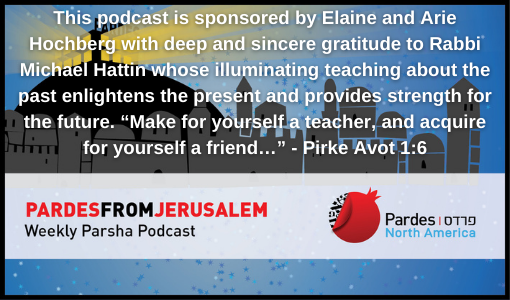 Parashat Vayetze 5782 – Ya’acov and the Stone Upon the Well

Posted by Michael Hattin on November 7, 2021

VaYetze 5781: The Twinning Relationship of Leah and Rachel

The Parsha Discussion with Alex Israel — Vayetze. The Value of Self-Doubt