In the last few years, I have become increasingly involved as an educator in the challenges encountered by gay and trans Jews who passionately seek Jewish commitment and community. However, having had little direct personal exposure until recently with transgender people, it was with great interest, and some trepidation, that I went to see the Oscar-winning movie, The Danish Girl.

Having been involved in the Jewish gay community but having had little exposure to the trans question, it was with great interest, and some trepidation, that I saw the Oscar-winning movie, The Danish Girl. As the story of the first man to undergo sexual reassignment surgery, it seemed to present an important window into the gender dysphoria experience. And yet, I was apprehensive about being exposed to a sexual and gender narrative so different from my own.

It was very powerful. Beautifully filmed. Credibly acted. It allowed me to be inside the head of a man who wants to be a woman and the growing horror he felt as he acknowledged that reality. It presented the fear and revulsion of those around him. It helped me attempt to understand the desperation to transition, despite the personal and professional costs. What also struck me was the perceived selfishness in the decision: the complete disregard for his loyal loving wife, whose life was unraveling and who nonetheless chose to stay with him as he became she. Strikingly, the change in his personality after he fully became a woman was jarring. He became silly where he had been serious, shallow where he had been deep, selfish where he had been selfless.

The utter disdain of the professional community was brutal viewing. The salvation finally offered by the sympathetic and empathetic professional was a glimmer of light. The first surgery to remove the male sexual organ despite the risks and tremendous suffering in its aftermath seemed an important step towards reconciliation of self. The second, fatal, surgery with even greater risks and greater suffering left the viewer with difficult questions as to what cost one should be allowed to pay for personal redemption.

Nechama Goldman Barash made aliyah from Philadelphia over 20 years ago after graduating from Stern College. She studied for three years in Matan’s Advanced Talmud Institute and finished a master’s degree in Talmud at Bar-Ilan University. She is a graduate of Nishmat’s Yoetzet Halacha program and has been certified to teach brides before their weddings, as well as qualifying as a sex educator through Yahel and the Eden Center. She also studied for three years in Matan's advanced halakha program, Hilkhata. She teaches contemporary halakha and Talmud at Matan and Pardes, as well as Talmud and women and halakha in Torah V'Avodah (TVA), a Bnei Akiva gap year program based in Matan. She is an active member of Beit Hillel and participates in interfaith dialogue through Roots, based in Gush Etzion, close to where she lives with her family. She is currently working on a book dealing with matters of gender and halakha. Contact: nechamabarash@gmail.com 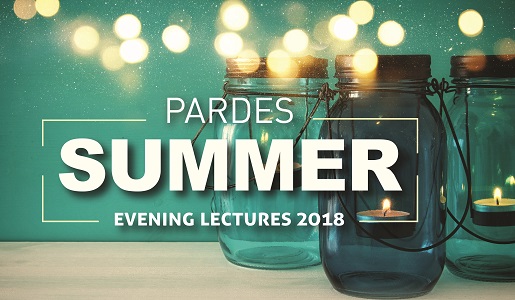 Posted by Meesh Hammer-Kossoy on August 2, 2018

Uncovered: Kol Isha (The Voice of a Woman)