Posted by David Levin-Kruss on November 27, 2016
Topics: This Pardes Life

Three teachers, three struggles and the interplay between the personal and the political.

This special edition of This Pardes Life brings you a live panel discussion, recorded on Tisha B’Av 2016. Learn what Dr. Naomi Marmon Grumet has to say about the contentious issues surrounding mikveh today; what Nechama Goldman Barash thinks about orthodoxy being inclusive of LGBTQ+; and what Rabbi Meir Schweiger sees as the importance of settling Yehuda and Shomron. With Rabbi David Levin-Kruss mediating the discussion, this is a podcast not to be missed. 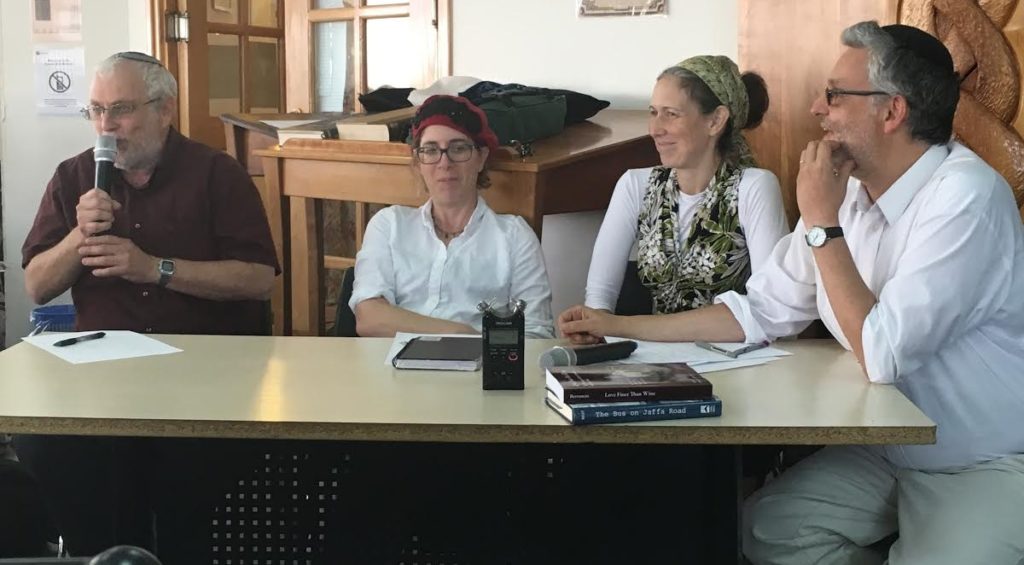 See www.elmad.pardes.org/thispardeslife for other episodes in this series.