YOU ARE HERE: Home » Topics » Pardes Live and Mini-Series » Changing Knowledge, Changing Halakha? Science-Based Halakhot and the Search for Truth(s)

Traditional Jews in the modern world generally try to reconcile their religious convictions with contemporary scientific findings, as in the case of interpreting Genesis in light of evolutionary theory.  What happens when certain halakhot are based on biological assumptions which are no longer valid?  Our instinct may be to assert that the law should change.  Yet sometimes changing the law creates moral problems, forcing us to choose between scientific truths and ethical principles.   We’ll explore three different examples of this problem and try to develop a framework for grappling with this dilemma. 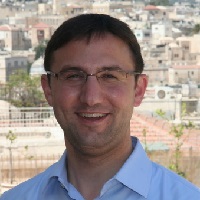 Rabbi Shlomo (Myles) Brody, founding director of the institute, is a presidential doctoral fellow at Bar Ilan University Law School and a junior research fellow at the Israel Democracy Institute. He previously served for a decade as a senior instructor at Yeshivat Hakotel and has penned the Ask the Rabbi column for The Jerusalem Post since 2007.