During a holiday where there is both darkness and light, where we retreat indoors and shine brightly from the windowsill, go on a journey with Pardes North America to find meaning in the discord within our tradition.

Night 8 – One Candle, Then Another, Then Another
Featuring Rabbi Brent Spodek
Transitioning into a new month and praying for renewal and growth, bright as a fully lit Hanukiah.

Music Credits: Klezmer by Crowander is licensed under an Attribution-NonCommercial 4.0 International License. 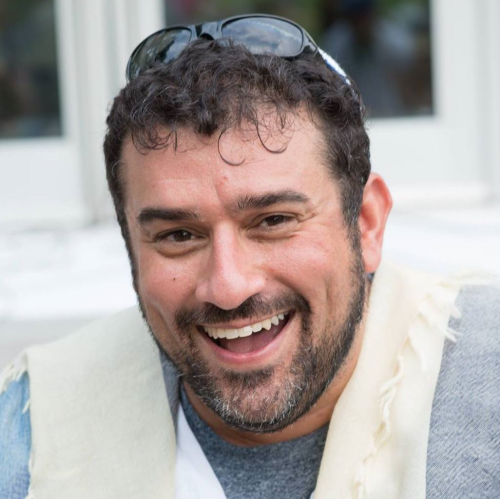 Rabbi Brent Chaim Spodek is a Faculty Associate Fellow for Pardes North America. He has been recognized by the Jewish Forward as one of the most inspiring rabbis in America, by Hudson Valley Magazine as a Person to Watch and by Newsweek as “a rabbi to watch.” He is a Senior Rabbinic Fellow of the Shalom Hartman Institute and a Fellow of the Schusterman Foundation. Rabbi Brent has been the rabbi at Beacon Hebrew Alliance since 2010; prior to that, he served as the Rabbi in Residence at American Jewish World Service and was the Marshall T. Meyer Fellow at Congregation B’nai Jeshurun in New York. ​Rabbi Brent holds rabbinic ordination and a master’s degree in philosophy from the Jewish Theological Seminary, where he was the first recipient of the Neubauer Fellowship. Prior to entering the rabbinate, he attended Wesleyan University and worked as a daily journalist in Durham, NC. He lives in Beacon with his wife Alison, a professor of environmental chemistry at Vassar College, and their two children.