YOU ARE HERE: Home » Topics » The Omer » Counting the Omer: Looking Forward

Following service to the Toronto Jewish community for a decade from 1984 to 1994, my family and I made aliyah to Israel in hopes of realizing our Zionist dream. Judy and I succeeded in finding a home and a community in Jerusalem where we have lived for the past two decades. We have said on numerous occasions in our retelling the story of ‘why we made aliyah,’ that we didn’t actually reject the life that we had in Toronto, but rather as a result of our move to Israel, we had to leave somewhere, which happened to be Toronto. Having chosen to settle in Jerusalem turned out to be a great decision which we affirm every single day.

Jews throughout the world have just finished celebrating the Festival of Pesah which commemorates the liberation of the Israelites from bondage in Egypt. At the time of the Exodus, the Children of Israel were commanded to “eat and run” (Ex. 12:11) and escape the persecution in Egypt. They were leaving a life of slavery, and it didn’t really matter where they were going. The Torah tells us that they left in a hurry – to get away from and not to go to. In fact, we are told, “You shall eat unleavened bread – for you departed from the land of Egypt hurriedly – so that you may remember the day of your departure from the land of Egypt as long as you live.” (Deut. 16:3) The next destination was unknown to them at the time of the Exodus. That the Israelite nation ended up in the Promised Land forty years later and not right away perhaps was as a result of the fact that they needed time – not only to purge their ‘slave mentality’, but also to get excited about and look forward to the prospects of settling as free people in their own land, one flowing with milk and honey. They needed to begin to look forward and anticipate with exhilaration what would be their future.

One Midrash (Pesikta D’Rav Kahana 12:106) understands this concept by teaching that when the Israelites left Egypt, they were told that fifty days later they would receive the Torah, so upon leaving Egypt they started counting the days – literally – readying themselves emotionally for that next great moment in their history. They would say, “One day has passed; two days have passed, etc.” This counting, concludes the Midrash, which also incorporates an agricultural aspect recalling the measure of barley that was brought to the sanctuary as a sacrificial offering for forty-nine days (called the Omer), became and continues to be the traditional practice observed by Jews to this day.

This idea of looking forward is a phenomenon that is well known in our Jewish tradition. Are there aspects of our lives about which we can be excited and which we can anticipate with intensity? We can all manage to be ever looking forward by creating goals for which we can strive, and plans that excite us and that we can actually realize, instead of searching for ways to escape that which we want to be behind us.

Vacations, for example, can be planned as a ‘going-to’ experience in contrast with them being characterized as a ‘get-away’. Maybe we can cease calling them ‘vacations’, implying a need to ‘vacate’ where we are, and instead refer to those cherished times of leisure as ‘holidays’, with an emphasis on their ‘holy’ nature. It is hoped that the time spent at those times is for investing quality time in oneself and with family and friends, encountering new and different experiences, rather than simply for ‘clearing the head’ and ‘taking a break’. Similarly, graduation from university might best be viewed as a stepping stone on the way to the next academic challenge or an entry to the vocational world, rather than it being a goodbye and good riddance to a past experience.

It is in this light that I believe that for the vast majority of our students, the choice to come to Pardes includes a desire to learn and enjoy the positive experiences that the institution tries to provide its participants. In addition, it is an opportunity to equip oneself with the means through which one can then look excitedly to a future that includes Jewish learning, values and enhanced experiences in the Jewish world.

The Exodus from Egypt gave the Jewish nation the freedom to look ahead to the receiving of the Torah. May we always possess an outlook in life in which are looking forward in positive anticipation. 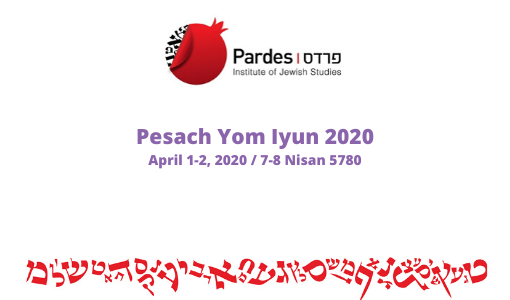 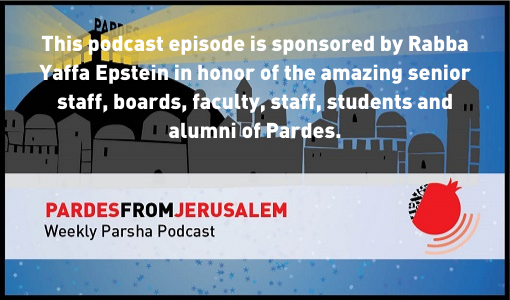