The heartbreaking pictures in the media of refugee children’s bodies washing ashore evokes for us as Jews painful memories of our own desperate and unsuccessful flight from the Shoah. Hillel’s mantra “What is hateful to you, do not do to others” (Shabbat 31a) seems to call out to us from the ground even louder than Hevel’s blood.

Other voices call out to me simultaneously: pride that the Israeli Supreme Court has demanded the release of more than a thousand refugees who have spent more than a year in the Holot detention center, as well as disappointment that Israeli society has such a spotty record of welcoming the refugees who now find themselves crossing the very desert that we ourselves crossed as freed slaves three thousand years ago.

I understand the demographic fear that lies behind this cold welcome. Paroah articulates it clearly for us in the Torah: “The Israelite people are much too numerous for us…in the event of war they may join our enemies in fighting against us” (Ex. 1:9-10). So too, those opposed to aiding refugees correctly site Rav Yosef’s teaching that “the poor of your city come first.” (B.Metz.71a). Given that 30% of Israeli children live in poverty, how can we consider taking in refugees?

Last week, I took my Social Justice Track students on an introductory walking tour in Jerusalem to encounter the many faces of Israeli society. We approached an Eritrean woman and asked her to share her story. She demurred because she didn’t speak Hebrew. But her seven year old daughter popped out with a wide grin volunteering to help—speaking perfect native Hebrew to boot. Another Eritrean boy ran up to a different speaker wanting to show off the pictures he had drawn in his first day of gan.

I cannot help believing that these children should also be counted as part of “the poor of our city”. The halakha suggests a twelve month stay should be sufficient (Shulchan Arukh OH 429:1). At this point, we may or may not be able to take in more refugees, but we can certainly take care of those already here.

These small Israeli-Eritrean children are harbingers of the contribution that the refugees could make to our society, if we integrate them correctly, rather than reject them through a policy of harassment and neglect. Hashem demands no less in the command “Love the stranger because you were strangers in Egypt.” (Deut. 10:19) 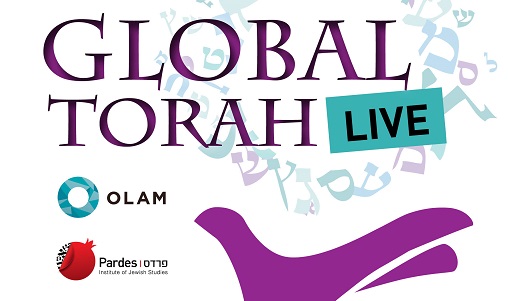 Global Torah: Season 2, Mini-Episode — The Boundaries of Our Town