YOU ARE HERE: Home » Topics » Tu Bishvat » Tu B’shvat: Planting for the Future

Tu B’shvat: Planting for the Future

This week is Tu B’Shvat. Traditionally, Tu B’Shvat is little more than a technical date in order to distinguish the tithes of a certain year from the next (Rosh Hashanna 1:1). And yet, under the influence, first of Kabbala in the 16th century, then of Modern Zionism in the 20th, and now in our contemporary ecological sensitivity (now that is a lovely combination!), Tu B’Shvat has flowered and developed an identity all its own. In this dvar Torah, we shall attempt to probe certain dimensions of planting trees.

THE DEPTHS OF WINTER

Why is Tu B’Shvat in the depths of winter, when the trees are bare and snow lies in the fields? Should the birthday of the trees not be in April, in the spring, as the leaves and flowers emerge and nature wakes from its winter sleep?

The major portion of the winter cycle is still ahead. A superficial gaze reveals that nature is still displaying her solemn winter apparel. Long winter months are still ahead. Already the fifteenth of Shvat conveys to Jewish minds and hearts the first greeting of a coming spring… (Talmud Rosh Hashannah: “[It is] after the majority of the rains have already fallen.”) In the core and the arterial network of the trees, silently and softly, hidden from casual view, the new sap flows, announcing the coming of spring…The unthinking observer considers the day on which the leaves of the blossoms finally give way to the emerging fully ripened fruit as the birthday of the fruit. Thinking man inquires about the time of budding and researches the process which leads to the buds’ first stirring within the tree…The fifteenth of Shvat is the new year of the trees, the birthday of blossoms even in the middle of winter…Under this torn, dark, cold bark, new, fresh life pulsates…Behold the trees on the day of their birthday…they celebrate today their silent inner rebirth in defiance of nature’s onslaughts…But their inner core remained alive and fresh. They will always weather the storm…their foundation was in a place where weather and storms do not reach.

Let us understand this concept further with an incredible Talmudic tale about planting.

THE STORY OF CHONI

The story of Choni HaMe’agel is narrated by the Gemara in Massechet Taanit. He is the Talmud‘s Rip Van Winkle. He sleeps for seventy years!

Here is the story:

Through all the days of that righteous man [Choni], he was troubled about the meaning of the verse “A Song of Ascents. When the Lord brought back those that returned to Zion, we were like as if in a dream” (Ps. 126:1). Is it possible for a man to doze off and dream continuously for seventy years?

One day, as he was walking on the road, he saw a man planting a carob tree. He asked him, “How long will it take this tree to bear fruit?” The man replied, “Seventy years.” He asked, “Are you quite sure you will live another seventy years to eat its fruit?” The man replied, “I myself found fully grown carob trees in the world; as my forebears planted for me, so am I planting for my children.”

Once, when Choni sat down for a meal, sleep overcame him and he dozed off…he continued sleeping for seventy years. When he awoke, he saw a man gathering the fruit of that same carob tree. He asked, “Are you the man who planted this tree?” The man replied, “That was my grandfather.” (Taanit 23a)

Who is Choni? Why can he not understand the notion of a seventy-year dream?

Choni finds the notion of long term processes a challenge. He cannot fathom the notion of how one might dream for the return of the exiles of Jerusalem for seventy years. It is not the length of the sleep that bothers him; it is the fact that a dream might lie unfulfilled for seventy years. He cannot comprehend why a person would plant a tree whose fruit he would not enjoy. Choni sees things in the here-and-now; long term planning is not his strong point.

The Mishna tells us other stories about Choni. Here is one that describes how he got his nickname HaMe’agel – the Circle Drawer. He was the man who confronted God when there was a drought, “drew a circle (on the ground) and stood inside it”:

It once happened that they said to Choni HaMe’agel: “Pray that rains may fall [because there was a drought].”

He said to them: “Go out and bring in the ovens for the Pesach sacrifices so that they will not dissolve.” [They were made of clay and would deteriorate in the rain that Choni was quite sure would fall.]

He prayed, but rains did not fall. What did he do? He drew a circle and stood within it and he said before Him: “Master of the Universe! Your children have turned their faces to me, for I am like a member of Your household. I swear by Your great Name that I will not move from here until You have mercy on Your children.”

Rains began to come down in drops.

The rain began to fall heavily [lit., ’in anger’].

He said: “I did not ask [for] this, but [for] rains of benevolence, blessing and generosity.”

They fell in their normal way, until Israel went out of Jerusalem to the Temple Mount because of the rains [as their homes were in danger of flooding]. (Taanit 19a)

Choni is the person who brazenly orders God around. He tells God: The rain is too soft! It’s too hard! It’s just right! Choni is an impatient fellow. When he talks to God, demanding rain, he insists upon immediate results. He wants rain now! Quickly! In the Mishna his own rabbinic colleagues disapproved of his aggressive and arrogant style of prayer.

But why did he have to fall asleep for seventy years?

The lesson of the seventy years is brought home by a simple carob tree. A grandfather plants a tree because he has faith in the future, because he wants to plan for the next generation and the generation after that. The planting of trees symbolizes permanence and endurance. The tree spans generations, and do we not say in Tehillim, “The span of our life is seventy years” (90:10)? The tree is the notion of endurance of continuity, of the seeds I set down for the future, building, investing and planting. It is the quintessential symbol of longevity, of viewing time beyond the immediate. And it is this that Choni has to learn.

The Talmud tells us that when Choni was in the Beit Midrash, “He [Choni] would immediately settle for the scholars any difficulty that they had.” He was the man of ’NOW’. He understood immediate results. He could not appreciate the long process.

We can live life in the immediate, but in a natural world God teaches us that we have to plant – to plant seeds, to invest in processes that will persist well beyond our lifetime. We might not eat the fruits of those trees but we live secure in the knowledge that we have toiled to ensure that our children will reap those fruits.

At the very start of the world, God planted trees. He planted them even before man entered the scene. God wished to demonstrate a crucial lesson to mankind – that living is not simply about today. Sometimes it is not even about tomorrow; it is about a day in the distant future. The trees teach us to plan for the future.

(This Midrash, “When you enter the land, you shall plant all manner of fruit trees,” is based upon a verse that deals with orla. The entire concept of orla relates to the fact that I may not enjoy the fruits of a tree the minute that I plant it. I have to wait!)

But beyond this universal lesson is also a lesson that relates to our particular Jewish future. Choni is not puzzled simply by the notion of planning a lifespan ahead. He is concerned with Redemption. How can one dream of Redemption for seventy years? Do we not want “Mashiach now!”? Can one tolerate an unredeemed world for all of one’s life?

If you are planting a sapling and they inform you that the Messiah is coming, plant first and greet him afterwards. (Avot d‘Rebbe Natan, Shechter Edition, chap. 1, version b)

Rabbi Abba taught: You have no clearer sign of the End [i.e., Redemption] than this, as it states [in Ezekiel 36:8]: ”But you, O mountains of Israel, shoot forth your branches and yield your fruit to my people Israel.” (Sanhedrin 98a)

It is quite fascinating that JNF dedicated its efforts to reclaim Eretz Yisrael in modern times by planting forests, and that the early founding fathers of Zionism saw agriculture as the primary tool in which to rebuild the ancient land.

But what message might we take for our confusing times from all this? Eretz Yisrael is blooming! Does that mean that we have the “clear sign” that Mashiach is on his way? Is Mashiach here “now” as Choni would have it? Or, alternatively, should we “plant first and greet him afterwards”?

As I have suggested, the Gemara about Choni is suffused with Messianic overtones. The Talmud is saying that even when waiting for Redemption, we might only plant the seeds, and reap the fruits many generations later. Redemption does not happen “in the blink of an eye”.

Sometimes Religious-Zionism uses the phrase reishit tzmichat Geulateinu – that Israel is the “beginning of the flowering of the Redemption”. There were periods in time when we might have imagined that the Redemption was flowering imminently, that we could see the process of growth vividly before our eyes; the process appeared to be taking shape as we watched.

But nowadays that path seems more elusive. The plant refuses to flower, it twists and turns, it wilts sometimes, and then grows some more. But the Redemption still takes time.

But let us not forget. We celebrate Tu B’Shvat in the depths of winter. Everything seems dead. Nature is dormant. But we have faith in the future, belief in the long process.

There is a danger here. It is a danger of impatience, of the desire for immediate results. We have to be worried that when we understand that our dreams will not be realized with immediacy that we will refuse to dream! Or worse, we will try to reshape and adjust the plant – and snap its head off in the process!

Maybe if we understand that our dream will take shape in a generation or two we will fail to plant, to sow the seeds for the next generation. And for this reason, we must reread the Gemara about Choni. We CAN hold a dream for seventy years and longer.

Sometimes we have to wait for Redemption and in the meantime raise grandchildren as we wait for the tree to take shape. We cannot rush the process. But we will only have what to dream about if we continue to sow the seeds that yield Redemption. We must do our part, ploughing the tough earth and sowing the tender seeds with faith and love, with hope and tears, so that eventually, if we are patient, in time the tree will grow.

A Shot of Torah – Lessons from Nature 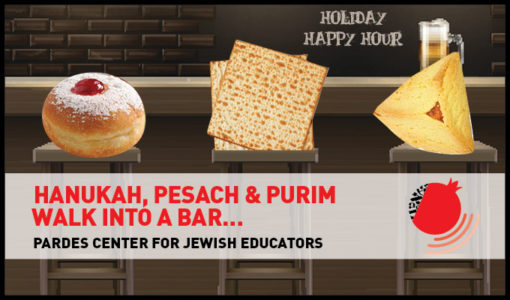 Tu Bishvat and You 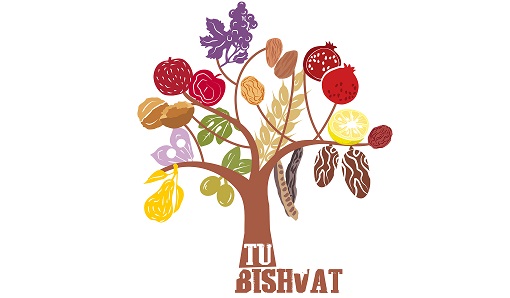 The Many (Authentic) Facelifts of Tu B’Shvat