In this week’s Torah portion, Parshat Vayera, somewhere between the horror show that is Sodom and Gomorrah and the monumental account of the Binding of Isaac, something mind-blowing and world-changing happens.

Clearly, this is a hugely important event in the lives of Abraham and Sarah (and pretty quickly, in the lives of Hagar and Ishmael, Abraham’s concubine and older son, respectively). This is also a hugely important event in the annals of the Jewish People (just like Eliezer Ben Yehuda’s son Ben-Zion was known as the “first Hebrew child,” Isaac could be known as the “real first Hebrew child”: the son who, in being born, was the promise and the proof for a future Hebrew/Israelite/Jewish nation).

But the Midrash in Pesikta deRav Kahanna, one of the earliest Midrashic works, in its comments on the verse in which Sarah proclaims, “God has made joy for me; whoever hears will rejoice for me,” pumps up Isaac’s birth way beyond the familial circle, and even far beyond the national circle.

“And Sarah said: God has made joy for me…” (Genesis 21:6). Rabbi Yudan, Rabbi Simon, Rabbi Chanin, Rabbi Shmuel bar Yitzchak [ask]: If Reuven has something to rejoice over, why would Shimon care? [We ask this because] Sarah our foremother said, “Whoever hears will rejoice for me”! What this teaches us is that as soon as Sarah our foremother gave birth to Isaac, all barren women were remembered, all deaf people became hearing, all blind people could see, all of the crippled people were healed, and all of the mentally ill were cured. So [consequently], everyone else [who had not yet been restored to health] said: How we wish Sarah our foremother would be remembered yet again, so that we could be remembered along with her.

Why does the Midrash here insist that when God “remembered” Sarah and cured her of her barrenness, it was not her just alone who was cured, but rather a huge part of the world’s sickly population? This is not a question of historicity; the rabbis who created the Midrash were not bothered in the least about whether their retelling and embellishment of the biblical story was “true” or not. Rather, it is a question of agenda: what social/educational/religious/current events-oriented point were the rabbis trying to make? For that is a large part of what Midrash is: making use of the biblical text as a jumping-off spot for a completely unrelated yet vitally significant contemporary message.

First, it is crucial to point out that the rabbis were indeed solving an exegetical problem. The text quotes Sarah as saying that “whoever hears about my joy [in giving birth, at the ancient age of 90, against all odds], will rejoice “li.” Yitzchak li can be translated as “rejoice for me,” as we have translated it above (or in better English: “rejoice on my behalf”). But this makes little sense, according to the Midrash. If person A has some stroke of luck, why should person B care? That stroke of luck doesn’t give them anything! There’s no reason for them to feel joy!

So the Midrash makes a slight change in translation to answer this exegetical question. The rabbis don’t understand yitzchak li as “rejoice for me.” They interpret it as “will rejoice through me.” “Because of me.” “Right along with me.”

Because they have gained something amazing, at the same time that I did.

But again, if Midrash is more than just exegetical problem solving, what message were the rabbis trying to get across to the Jews of their time by interpreting the verse in the way that they did?

Perhaps the rabbis recognized the following (unfortunate) human condition: that people aren’t always particularly generous – of time, of money, or of spirit. Just look at the first story arc of Parshat Vayera: the people of Sodom and Gomorrah are utterly destroyed because, according to many commentators, they wouldn’t help the “other”: the poor, the hungry, the weak, the needy. Anyone who wasn’t part of their “in group” would be ignored or worse, tortured. In order to ensure no strangers would come to town, legend has it that the Sodomites offered visitors a “Sodom bed” – if you were too short for it, they would stretch you; if you were too long, they would amputate part of your legs. One doesn’t even need to go that grisly: the Mishnah in Pirke Avot (Chapters of Our Fathers) chapter 5 calls the worldview that deems “what’s mine is mine and what’s yours is yours” a Sodom-like trait. Subsequently Jewish law invokes a “compulsory altruism” rule, which is actually referred to as כופין עליו מידת סדום, or the “we-compel-one-not-to-act-in-the-manner-of-Sodom-rule.”

AND SO, if the rabbis appreciated that humans weren’t always that generous, perhaps they understood that they needed to turn the message of “yitzchak li” into “better that someone be generous of spirit for someone else because they get something from that someone else than be actively anti-generous, like the people of Sodom.” Perhaps the rabbis’ constituents weren’t giving tzedakah or visiting the sick or inviting in the widow or orphan. Perhaps they were turning their collective back on the town beggar. And the rabbis needed to move them one baby step on the road to doing the right thing, by getting across the message that maybe, if not for the most altruistic reasons, it is still good enough to be generous of spirit even if it is because you are getting something for yourself out of it too.

That’s a rather depressing thought, though. Is that the best message the rabbis could give?

I think not. I think that their message was less about half-hearted generosity, and more about what we can learn – and learn to emulate – from the enormous power of Sarah and Abraham. In birthing the first Hebrew child, they send out ripples to the entire world around them. In their staying power, in their willingness to try to have a baby even though it was such a long shot and so crazy and even weird; in the fact that the minute after the angels tell them the incredible news that they will be having a baby, they don’t spend one more minute on it, but rather, Abraham goes to try and negotiate for the lives of the few righteous people that must live in Sodom; in their determination to be a different kind of family – a family that invites in the stranger, whose calling card values are hakhnasat orchim (hospitality) and instructing their children to do “tzedakah and mishpat” (Bereishit 18:19) – in all these ways, Abraham and Sarah are starting a world revolution that we are meant to carry on. A world revolution that the rabbis liken to a mass healing. A tikkun, if you will, that is not only brought about by Abraham, as the biblical texts highlights, but by Sarah as well.

And every one of us should rejoice along with her, because in her merit, right in the middle of Parshat Vayera, our world is created anew. 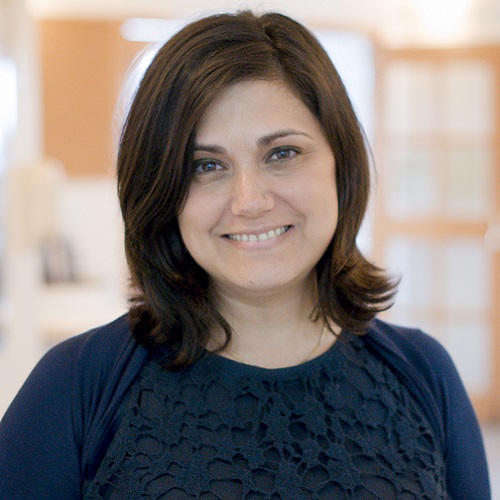 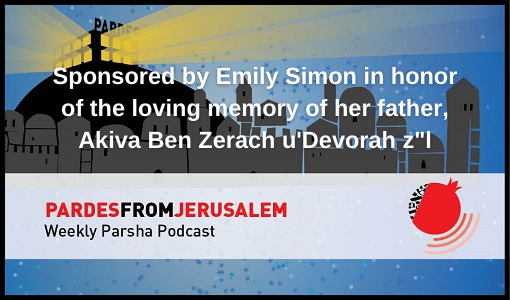 Ekev 5781 – Memory as a constructive process

Devarim 5781: The Words of Moses — The Torah’s First “Translation”

Matot-Masei 5781: Finding Safety Within the Cities of Refuge