YOU ARE HERE: Home » Topics » Jewish Week of Constructive Conflict » “Knowing the Soul of Your Enemy: Repairing Relationship through Tochacha” (Parashat Mishpatim)

Amidst the plethora of laws in Parashat Mishpatim, one had completely eluded my attention until I became involved in peace and conflict studies. The scenario may seem obscure, but the applications, I realized, are wide-ranging and profound.

Exodus 23:5
If you see the donkey of one who hates you lying under its burden and would refrain from raising it, you must raise it with him.

Picture the situation in a contemporary setting: a biker who has fallen off his bike, a woman who has dropped a load of supplies while crossing the parking lot, or a car that has run into a snowbank, to name a few. Imagine: you randomly come upon a person from whom you are estranged who is in need of help. Tell the truth: what might go through your mind? An open-hearted desire to use the moment as a time to pursue reconciliation? Or a more ordinary response, like “Let someone else help,” or even, “Oh good – he [or she] deserved it.”

The Torah knows that something inside of us might resist doing the right thing. But we are commanded to overcome that small-minded instinct, to stretch beyond our comfort zone (assuming it is safe to do so), and offer our time and strength to help our adversary in her or his moment of need. As the biblical commentators see it, this is in order to help the fallen animal in the Torah’s scenario, but especially to help the person who has hurt us grievously.

The midrash wonders what might happen in the wake of the described incident. Rabbi Alexandri imagines that after the two donkey drivers took care of the fallen animal and its scattered wares, they stopped into a nearby tavern for some drinks. Wordlessly, the owner of the fallen donkey said, “Oh I thought he hated me. But he went out of his way to help me, whole-heartedly.” The other said to himself, “You know, this guy may not be so terrible. Maybe I could really ask him about those hurtful words he said to me all those years ago.” (adapted from Midrash Psalms 99:4, 9th C. C.E.)

In time, as the two begin to relate to one another as the old friends they are, I imagine that one takes up the mitzvah of tochacha (rebuke or constructive communication). Having reconnected as good-hearted human beings and friends, one is able to ask gently and thoughtfully, “Do you remember back then when you said those things to me? I was really hurt by that. Can you help me understand what was going on with you in that conversation?”

This is tochacha at its sacred best. It is a far cry from the harsh shaming that the common English translation “rebuke” might suggest. It is mindful communication in a relationship touched by conflict, in which both sides talk through the hurt with the goal of enhancing the relationship and perhaps growing in the process.

Rabbi Noson Tzvi Finkel, the revered Elder of Slobodka, (influential Orthodox rabbi, late 19th-early 20th century Lithuania) brings us a stunning reflection on the notion of the “other,” in the form of a commentary on this well-known verse.

The Torah said, “Do not oppress the stranger . . . ” We are accustomed to interpreting this as if it said to us, “Since you know how hard it is to be a stranger, do not oppress the stranger.” . . . But the deeper truth of the verse is completely different. The obligation of every human being is to feel the joy and sorrow of one’s fellow, just as one feels them when they happen to us. As it says, “Love your neighbor as yourself,” this means “yourself” – literally. This is impossible until we bring ourselves to the other’s feelings, experiencing the joy and sorrow in the other’s soul to the same degree that the other feels it.” (Ohr Hatsafun vol. 2, p. 163)

In relationships marred by conflict, we do not enter into our adversary’s inner world. We tend to dehumanize, even demonize, the other. We see our “enemy” as less human than ourselves. But Rabbi Finkel strikingly reminds us that the other is exactly like us. We all have the same elemental joys and sorrows, needs and pain. The commandment to love one’s neighbor requires that we enter empathetically into the other’s happiness and suffering, hopes and dreams. When we do even a bit of this in the midst of conflict, hearts and relationships can be transformed.

May we be blessed to see the soul of the other, even in our most difficult relationships. Amen. 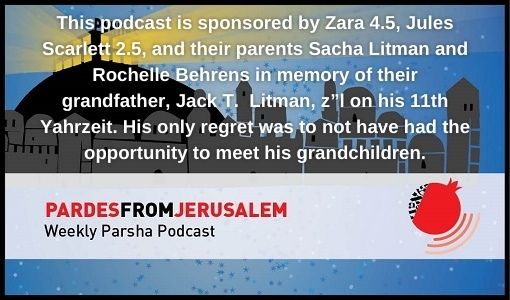