Can we understand the conflicting texts behind the debate?

It was two weeks before my 15th birthday and my Aliyah to Israel when I first learned the famous Ramban (Rabbi Moses b. Nachman 1194- 1270, Spain/ Land of Israel) who writes in his compilation of the ‘Commandments which the Rambam Forgot’ (Mitzvah 4), shortly before his own Aliyah: “We are commanded to inherit the Land which G-d gave to our fathers, to Abraham, Isaac and Jacob, and that we may not leave it in the hands of the other nations or leave it to be desolate…. We are commanded to come to the Land and to conquer its territories and to settle there.” I learned this source as part of a class in my religious Zionist summer camp, Camp Moshava, and I recall feeling so proud and excited that I, too, was soon to fulfill this mitzvah of moving to and settling the land of Israel. But then an annoying camper sitting on the other side of our circle raised her hand and said that not everyone agrees with the Ramban’s position and that this was no longer a mitzvah today. Suddenly, all my excitement turned to repulsion and anger towards her. I started yelling that she was lying and wrong and didn’t know anything. I felt personally rejected and insulted, as I deeply identified with the Ramban and was so proud and excited about my imminent Aliyah.

However, about a year after making Aliyah, I learned that I had been the ignorant one; and in fact, there were indeed many rabbis who rejected the Ramban’s position. One of the most famous examples of such was Rabbi Isaac Lion (Spain, 15th cen.) who writes in his commentary on the Ramban, known as the Megilat Ester: “the mitzvah of inheriting the land and settling it was only practiced in the days of Moses, Joshua and David and the whole time that they were not exiled from their land. However, after they were exiled from their land, this mitzvah is no longer practiced for all generations until the coming of the Messiah.” This position completely rejects any Zionist notion of returning to settle the land of Israel today. He then goes on to argue based upon the legend of the “Three Oaths” (Babylonian Talmud Ketuboth 111a) that “we should not rebel against the nations to go and conquer the land with force… and not to go up as a wall (en masse).” Not long after learning this commentary, I turned into that same annoying kid on the other side of the circle! I recall sitting with my family on a beautiful terrace overlooking the Kotel one Shabbat lunch when our host began giving a dvar Torah about the mitzvah of making Aliyah and settling the land when I interrupted him saying “actually not everyone agrees with that, like the Megilat Ester.” He was so insulted by my arrogant and heretical comment that for years he would refer to me as “Megilat Ester boy.”

Two years later the Oslo Accords were signed, and I was studying in Yeshivat Har-Etzion. Once again, there were many conversations and arguments about this famous Ramban and the extent to which it is a mitzvah to settle the land of Israel. However, this time we were taught to understand and embrace both sides of the disagreement and work to help build bridges across conflicting sectors of Israeli society who were deeply divided over this issue. And sure enough, the very first Torah class I ever taught was on understanding both sides of the disagreement between the Ramban and Megilat Ester.

There is much that needs to be done to help facilitate healthier and more constructive conversations between “the Ramban” and the “Megilat Ester”s of today. Those that would like to see all Jews move to Israel and the entire Land of Israel settled under Jewish control and those that argue not to rebel against the nations (abide by international law) and that settling the land is not a core Jewish value today that should take precedence over competing Jewish values such as justice, equality and peace. However, an important first step is to make sure we are fully aware, understand and respect the other side of the argument. Why do we identify more with one side over the other? Can we seriously attempt to understand why those we disagree with so vehemently feel so strongly about their position? These difficult conversations are not going away anytime soon, but the sooner we are able to engage in “disagreements for the sake of Heaven” about our conflicting interpretations of what will ultimately bring about “redemption,” I believe the sooner we will find a degree of redemption for all.

Pardes 360 is a series of responses to world current events by Pardes faculty in 360 words (or sometimes a few more). The views expressed in the articles are those of the author and do not reflect and institutional stance. To read other Pardes360 articles, click here. 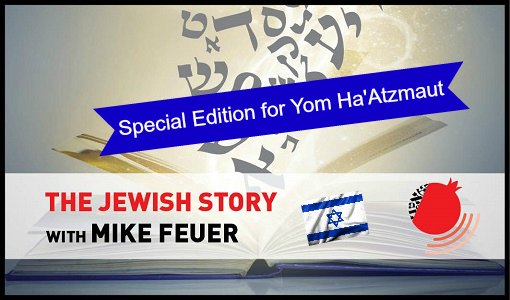 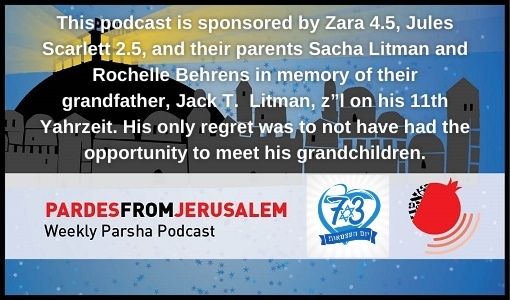