YOU ARE HERE: Home » Topics » Resources for 9Adar » Hidden Peacemaking Lessons in the Three Weeks

Posted by David Jaffe on July 3, 2017
Topics: Resources for 9Adar, Conflict Resolution in the Torah & Holidays, Divrei Torah, The 17th of Tammuz and The 9 Days, Tisha B'av, The Three Weeks

On Tuesday, July 11, 2017, the Jewish world enters the period known as “The Three Weeks,” the mourning period for the destruction of the two Temples in Jerusalem, which starts with a sunrise to sundown fast on 17 Tammuz and culminates with a 25 hour fast on 9 Av.  Embedded in the reasons for these fasts is an important lesson for daily peacemaking.

What happened on these days that they merit fasting in the midst of the hot summer (for those of us in the Northern Hemisphere)? The Mishna in Tractate Ta’anit (4:6) explains that 10 negative events took place over the course of Jewish history on these two days:

Five things happened to our ancestors on the 17th of Tammuz and five things on the 9th of Av. On the 17th of Tammuz Moses smashed the tablets of the law, the daily sacrifices ended in the Temple, the walls of Jerusalem were breached, Apostomus burned the Torah and he placed an idol in the holy Temple.  On the 9th of Av it was decreed that the older generation would perish in the desert and not enter the land of Israel, the First and Second Temples were destroyed, the city of Beitar was besieged during the revolt against the Romans, and the Romans plowed over the Temple Mount.

Eight of these events took place after the Israelites settled in the land and constructed the Temple, while only two took place during the wanderings in the desert. What do these two events described in the Five Books of Moses have in common? A close look at both reveals Moses assuming the essential role of peacemaker between the Israelite people and God.

Moses smashes the tablets when he sees the Israelites dancing around a golden calf they created as an idol, only days after experiencing God’s presence at Mount Sinai.  This dramatic act follows an intense negotiating session between God and Moses over what should happen to the Israelites after they violated the main directive given them not to worship idols.  In this exchange (Exodus 32:7-14) Moses is instructed to leave God alone so God’s wrath may blaze and destroy the Israelites and create a new people from Moses.  In a bold move, Moses refuses to leave God alone and instead reminds God that destroying them would diminish God’s name in the eyes of the Egyptians. Furthermore, God has a long-standing relationship and outstanding promise to the Israelite’s ancestors, Abraham, Isaac and Jacob, to bring the people to the land.  This approach works, God is appeased and reveals the 13 attributes of Mercy, the liturgical key the Israelites can use whenever they need to do teshuva, return to God.

The second incident takes place as the Israelites are on the cusp of entering the Land of Israel.  Upon returning from an expedition to survey the land, 10 of the 12 spies report that there is no way the Israelites can defeat the formidable people living in the Land of Israel. They incite the people to near-revolt, with calls to return to Egypt.  At this point God, again, is ready to destroy the people and start over with Moses.  Moses again argues that this would undermine God’s mission and he evokes the attributes of mercy God revealed to him back at Sinai.  God is appeased and decrees that the younger generation will enter the land but the older generation must perish over time naturally in the desert (Numbers 14:11-25).

While Jewish tradition usually points to Aaron the High Priest, Moses’ brother, as the peacemaker, here Moses himself teaches us valuable lessons about reconciliation.  What does he do? His primary tactic in both negotiations is to evoke the power of relationship. God is intimately bound up with the Israelites, both because of a common mission and because of a covenant with our ancestors.  Moses physically reminds God of this relationship by refusing to, metaphorically, leave God alone.  Finally, Moses evokes God’s attributes of compassion and mercy, in a way, reminding God of God’s best self.

The main peacemaking takeaway here is relationship.  I know that I am only able to rage in anger at someone when I feel disconnected or isolated from them. When I remember that I am in relationship, the anger may still be there, but I am able to work through it together in a productive way.  Once, as a new teacher, I was on the verge of exploding in rage at a defiant student who would not sit down at the start of class.  At the last moment I remembered I actually had a relationship with this student and was able to ask him to sit down with just the right firm but caring tone and we were able to resolve our problems at a later time. I’ve experienced this as well as a parent and in heated political debates.  We see from the interaction between Moses and God that when relationship is sustained together with anger, something new can emerge.  In Exodus, that new thing was teshuva – the ability to return and repair relationship.

The Talmud (Yoma 9) teaches us that the Second Temple was destroyed because of baseless hatred among the Jewish people.  Baseless hatred festers when relationships break down and people do not feel connected and invested in each other.  Let’s make the Three Weeks a time of restoring relationships in places where they are fraying from anger.  We can remind ourselves and others in conflict of the ways in which we need each other and are connected despite our differences.  We don’t need to ignore or eliminate the anger.  Rather, like Moses, we need to remind each other that we are bound up in each other’s well-being and we share a common destiny. 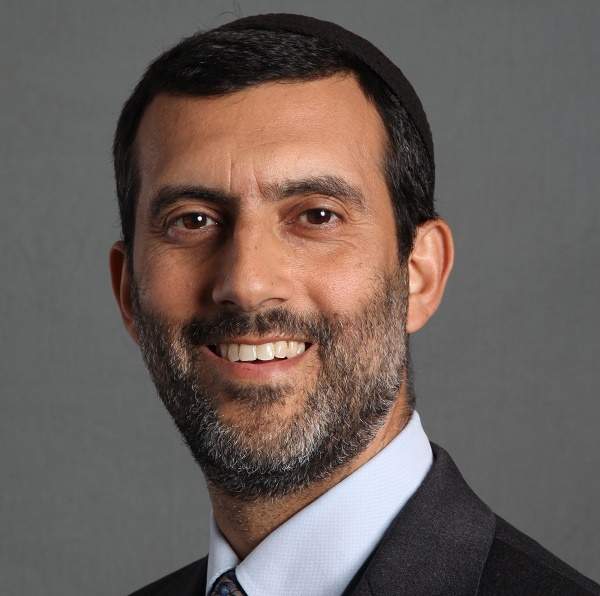 Rabbi David Jaffe is the author of Changing the World from the Inside Out: A Jewish Approach to Personal and Social Change, winner of the 2016 National Jewish Book Award for Contemporary Jewish Life. He is the Founder and Principal of Kirva Consulting and blogs at rabbidavidjaffe.com.